Former recipients of Rupertsland Institute and the Métis Nation of Alberta Labour Market Development program gathered in Edmonton, Alberta during the MNA Annual General Assembly to celebrate their shared accomplishments. Rupertsland Institute also used the event to announce its intentions to create a formal alumni association.

After an informal dinner and networking session, Rupertsland Institute Alumni and their guests were also treated to a presentation from prominent Métis authors and performers.  Métis singer and actor Andrea Menard started off the formal program with a musical performance and hosted the remainder of the evening.  Dr. Chris Anderson, Research Director for Rupertsland Institute and Professor in the Faculty of Native Studies at the University of Alberta gave an engaging and often humorous talk on what it means to be Métis and to be accepted as part of the Métis community. Afterwards, award winning Métis poet Marilyn Dumont gave a well received reading of her work.  Joseph Boyden, professor, novelist and short story writer gave several readings of his books; interspersed with musical interludes on the mouth harp and harmonica.  Finally, Andrea Menard led a question and answers session with the authors and capped the night off with another musical performance.

As the Rupertsland Institute 2015 Alumni Gathering was well received by the Alumni and their guests, it displays a real enthusiasm by the RLI Alumni to be involved in the Métis community and the work that RLI continues to do.  The gathering was an insightful and engaging evening with prominent, knowledgeable presenters and is likely to be only the first of many that will be hosted by the Rupertsland Institute. 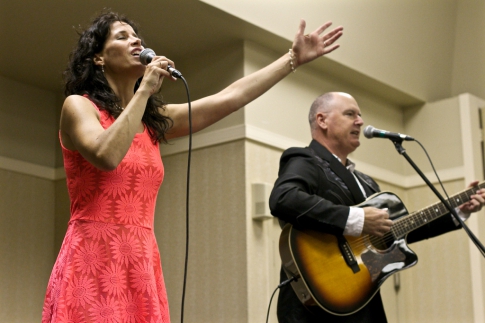